Took samples from two of the sea pens removing pieces of fringes from the top and lower sections with scissors and a scalpol. Removed each of the pens from the water and placed on a tray. (notes: sea pens were very heavy and filled with water. once out of the water they started to leak the water reducing in size. With touch the pens started luminescing and started to shrivel making it difficult to take tissue from them. Best method was to quickly take tissue as soon as taken out of water so that the specimen did not have the chance to shrivel. One Pen was nicked on the inside of the stock and water rushed out. The Pens inflate themselves like a balloon increase greatly in volume in the water.) The sea pen recovered fully and it behavior in the tank stayed consistent with the others. it was able to inflate lower area below cut enabling it to grow not sure now it separates the area that was cut. Both pens seems to not be effected to harshly from the removal of tissue.

Sam went through everything for the RNA extraction going over step by step and teaching me the location and how to use all reagents and protocol. RNA extraction was a success numbers were successful

Made changes to the feeding schedule and setup.  added a paralytic pump with a line pushing artemia into the tank and another pulling water into the 5 gallon food storage bucket. feeding every 6 hours for 1 hour.

Helped Jake with counts at Taylor shellfish and with maintenance in Olympia cleaning trays doing counts and transferring them to new cages.

An interest in bioluminescence original idea that it is a way to attract a predator to what is eating it is unlikely since what eats sea pens is not preyed upon by many thing that use visual ques. Plus the idea that sea pens light scares off what ever is trying to eat it is not supported since nudibranches, and starfish due not rely heavily on vision. After talking with Jake, and Professor Jensen my thought is that since artemia and other zooplankton are attracted to light it would make sense that a sea pen would light up to attract its prey.

Ordered more artemia from greg which has yielded much more artemia with each batch the past eggs were very old and it was very hard to keep consistent with the amount of artemia.  When adding new artemia to the 5 gallon bucket 3 gallons are added and 1 gallon is added directly to the tank. The pump does not seem to be consistant with the amount of water it is moving back into the bucket so making some changes to equalize it may be nessecary though it is not enough yet to cause any issues. I had taken away the automatic feeder that was adding marine food flake to the aquarium and quickly noticed a decline in the sea pens. The note that they are detritivoreis supported I think they feed on both the artemia and the flake food that is made up of many diffrent types of marine ingredients. 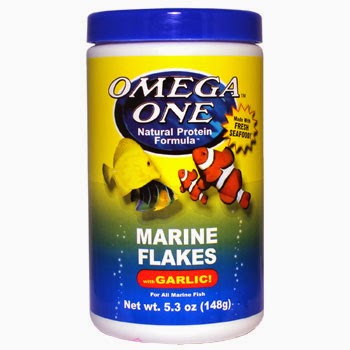 9/25 First mortality occurred the upper portion (fringes) seemed to be disintegrating  and the upper structure became very stiff and hard though the lower section seemed to still be alive which may be since this a colonial organism if one part dies the other may still be able to survive though it is likely without the ability to gather food would perish very quickly. The process happened within 2 days change was fairly rapid. (Note: the sea pen was in close proximity to other sea pens I am wondering if it they may attack each other when to close. Speaking with Greg he noted that in the wild they are not found close to one another so when touching it is possible that they use some defense to attack the others possibly using feeding structures (autozooids) with nematocysts.